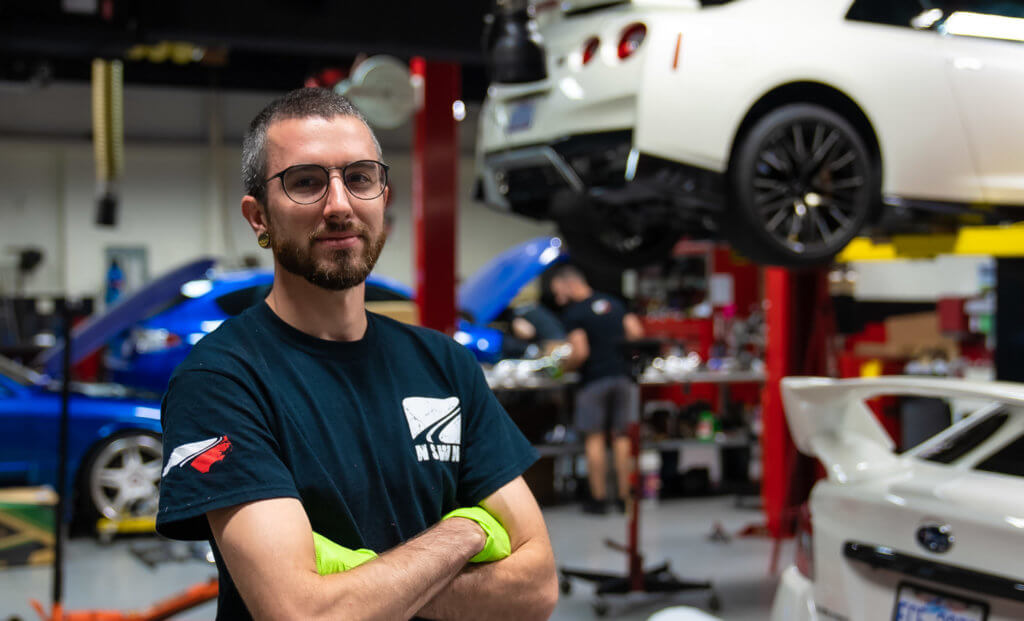 With a passion for cars from a young age, Dylan began his career as a technician working in his uncle’s automotive shop just after high school. He learned the trade and honed his skills while working on all makes of vehicles. With about nine years in independent repair shops, he became familiar with repairing a wide variety of vehicles, from 90’s Hondas to late model Domestics, a vast array of European models, even air-cooled VW’s – every car had something to be enjoyed. Just before joining National Speed, Dylan worked for just over a year in a much different environment at the Mercedes-Benz production plant in Alabama. There he gained a completely new perspective on the industry and learned about cutting edge vehicle technologies which made his already diverse skill set that much stronger. The culmination of his experience, paired with his love for cars, makes Dylan a perfect fit at National Speed. Outside of work, he enjoys spending time with his wife and daughter, woodworking, everything outdoors, and wrenching on his ‘98 Subaru Forester.