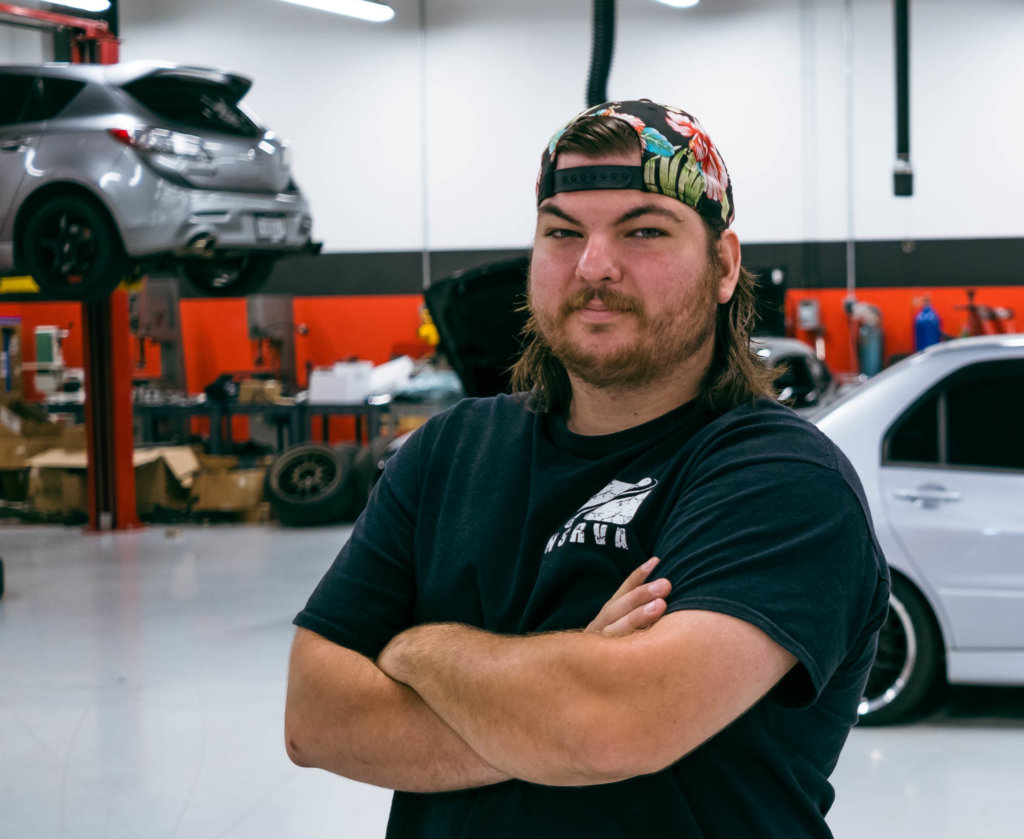 Growing up in his father's restoration shop in Central Florida, Tim has been fascinated in the building and customization of cars since day 1. Being heavily involved with the creation of high level 6-figure classic Resto-mods growing up, It's safe to say cars, specifically the business of making them look good and perform even better, is his life-long passion. Tim considers himself as hardcore of a car guy as it gets, owning multiple project cars including 3 Nissan 240s, one of which is a 700whp KA-T daily drift car, to his beautiful mostly original 1986 300zx. With a background in high quality restorations, restomods, drag racing and most recently drifting cars, heavily influenced by a love for 90s Japanese classics, Tim prides himself on achieving the highest quality "OEM+" look and feel on his projects. Tim is a big fan of unique and "road less traveled" style's of builds, I.E. taking a platform/engine that most people don't usually look twice at and making it perform. Safe to say when Tim discovered National Speed browsing social media, he made it his goal to be a part of the team!
« Back to People