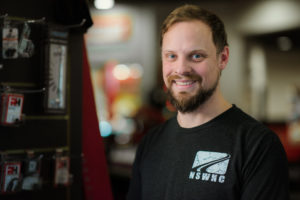 Before joining the team at National Speed in 2012, Tim served our country in the United States Marine Corps, and with that chapter closing, Tim started a new chapter in following his passion for high-performance.

A diehard enthusiast, Tim is certainly no stranger to high performance with 3 high-performance cars in his fleet (a Momentum Performance turbocharged/StopTech/NISMO equipped 2003 Nissan 350Z, a modified 2014 Ford Focus ST, and a 1974 Datsun 240Z). Tim applies the structure he learned as a Marine to our essential efficiency processes at National Speed and contributes heavily to the shop running like a well-tuned engine.