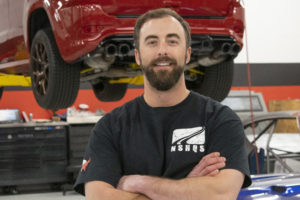 After receiving his B.S. in Business Administration and a minor in Spanish from North Carolina State University in 2007, Will set his mind to achieving a life goal of his: serve his country at a high level as a Navy SEAL. Throughout Will’s 9.5 year career as an officer in the SEAL Teams, he held a variety of cross-functional leadership positions across multiple East Coast Naval Special Warfare commands. Over the course of 4 international assignments, ranging from Counter-Terrorism operations in Africa to the training and development of multi-national security forces in South America, Will has demonstrated a proven ability to build, lead, and manage highly efficient teams, developing tailored solutions to achieve complex strategic objectives. As Deputy Regional Commander of US Special Operations during his most recent deployment, Will orchestrated and supervised operations for 148 Special Operations personnel across 4 South American countries in support of US national security objectives. After honorably discharging from the Navy in October, 2019, Will joined the National Speed Team as Vice President of Operations to apply his skills of building & managing highly effective teams to the private sector, in an innovative, fast-growing business.