Would you expect to gain over 100whp & 70lbft from just long-tube headers and Flex Fuel on a nearly stock naturally aspirated vehicle? Yeah, neither did Jason when he brought his Summit White 2019 Chevrolet Camaro SS in from Maryland for that exact scope-of-work, but that's where we landed!

Up first, Charlie performed pre-work dyno runs to establish a starting point, and with the only modification being a Chevrolet Performance air-intake system, the baseline came in at 353.87whp & 395.79lbft. Far less than expected, but after inspecting the datalogs, we noticed that the short term fuel trims were alarmingly out of line. The only logical conclusion we could draw is that the intake wasn't playing nicely with the factory calibration, which is obviously odd given the manufacturer.

Suffice it to say, Jason left with an entirely different car than he arrived with, and is enjoying the new power output! Check out the dyno video below. 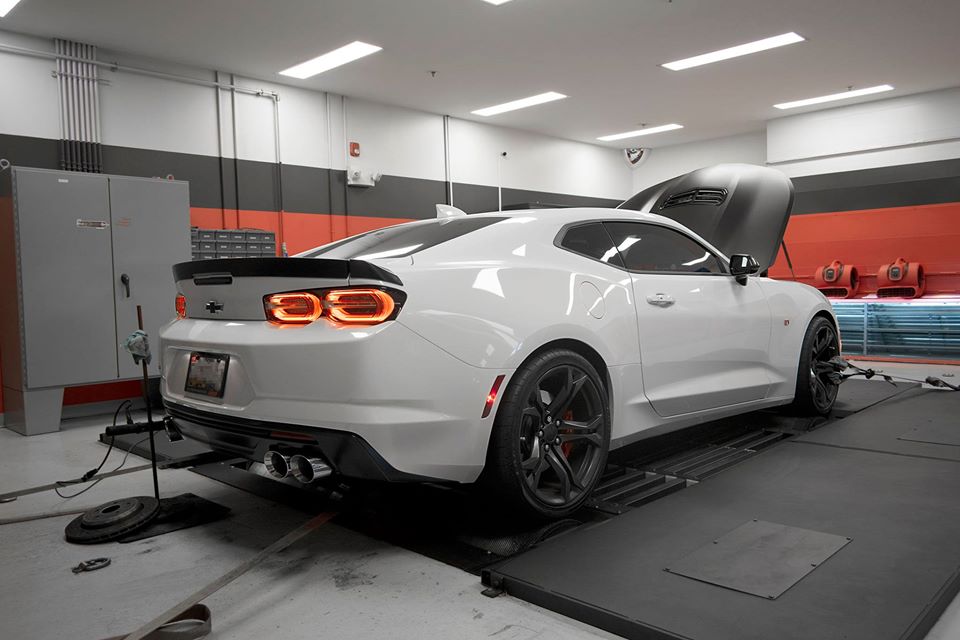 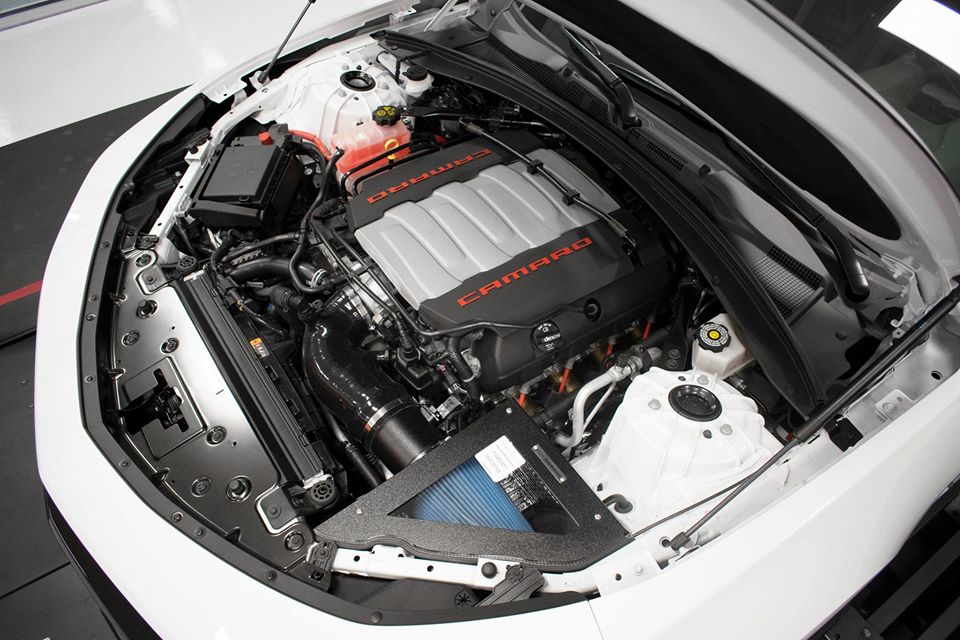 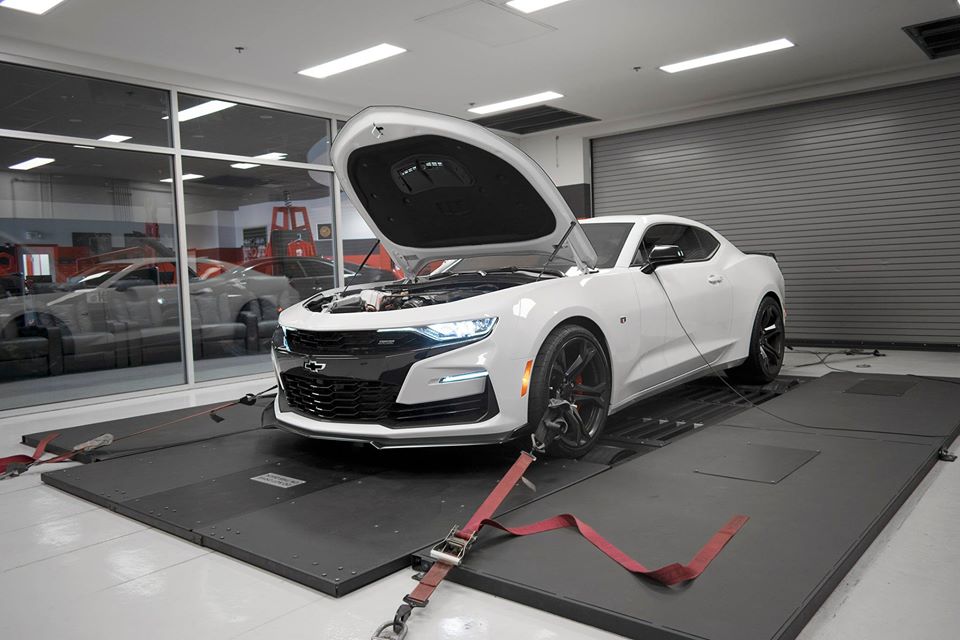 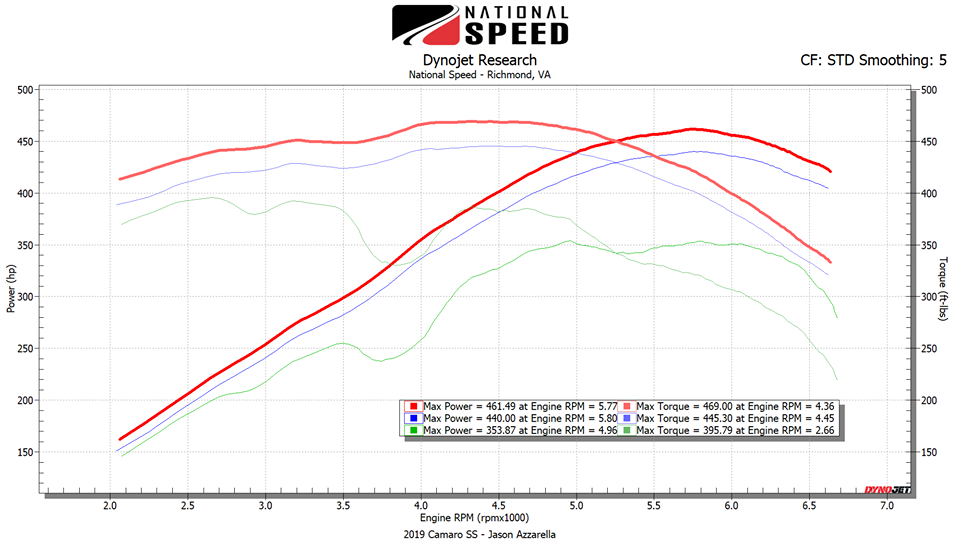